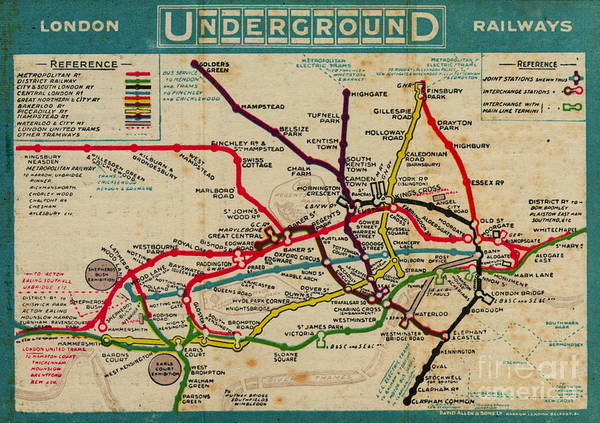 (As you start to read this I would be most pleased if you would do so in the voice of Jeremy Irons.  I do so love that crisp English accent and, lacking a physical voice of my own in the manner of Professor Hawking, I far prefer it to the rigid digital American interpretation of that sound box).

During a summer residence at Whitehall I learnt many things, but primarily that introductions were de rigeur in polite society.  In fact, my master of the time was turned away by the Duke of Westminster’s second footman for approaching without a letter of recommendation.  I should hate for you to think I considered you unworthy of a formal introduction, therefore, please allow me the pleasure:

I am Hammer of West London and my maker is Cecil Ian Tyrone Smith, son of Ian Smith of Spencer Street, Hammersmith.  You may think you know me, especially if you were to see me, but believe me when I say you have never, ever, heard of me.

What?  Cecil?  Oh, his mother named him Cecil after Cecil B DeMille, Ian after her father and Tyrone after Tyrone Powers.  She loved both films and her father with an equal passion.  In her father’s case it was literal.  How do I know?  I was there, of course.  In fact, her father was the first soul in this century that I helped free.

Huh, that’s the first time I’ve ever said that.  It is how City refers to our… vocation.  Freeing souls from the drudgery of life.  Redemption.

You would call it –

But then, I am being as arrogant as every other person if I presume to know what you would call it.  Let’s just say City and I disagree.  Or, at least, we used to disagree on that one, most salient, point.  Now, I –

I digress.  There is more than enough time for me to bore you with my maudlin thoughts.

City calls me Hammer Smith.  He calls himself City after his initials – well, all except the “y”, of course – and because Cits sound so very teenagerish and unpleasant.  It gives him a peculiar pleasure to refer to himself as City and me as Hammer Smith.  He says that together we ‘will draw a line of souls around London’.

You should see him when he stands over the map of the London Underground, his tongue poking out from between his perfect teeth.  He shudders with glee at the sight of that salmon pink ribbon that curves sinuously over the parchment – did I mention that he peruses an old, faded copy of the underground, before a more geometric simplicity was introduced?  He says, and I quote, it is as ripe and inviting as a virgin’s – well, I’m sure I needn’t relate every last word!  City has always had a rather salacious way of expressing himself.

I am… hmm. Well now, from when do I age myself?  From the first time I became ‘aware’ I suppose.  Byrna Wylson of Donegal spoke the words of the earth into my being when I was poured into the snow-covered down-peat and clay moulds.  My birth was… fitful and agonising.  Her words, damn her to hell and back and back to hell again, lacked conviction and spirit.  I think, to be fair, she was scared.  Petrified.  It was a time of mistrust and apprehension, and I almost fell back into my eternal slumber at her insipid invocations, but at the last minute something spurred her courage and I screamed into wakefulness.  I think it was the year of oranges… or something like that.  All I know is, oranges were important.  Forgive me the uncertainty, I was a mere babe.

So, I am older than City, older than his mother and father, older even than the oldest person you know.

City is a mere suckling by comparison.  He shall turn 54 this October.  I do hope he doesn’t cry.  He has wept bitterly from dawn to dusk at every birthday since he turned 50.  I’m sure I don’t know why.  Perhaps because he is another year older when he would rather be dead.

Oh please, do not pretend to be so shocked.  I know that he doesn’t want to be younger; in fact, if he could, he would erase every memory of his childhood, even the good ones like the time he found a pound note crumpled in the corner of the changing rooms of C&A on Oxford Street.

For now, all you need know is that City, my master as he believes himself to be, is made of mere flesh, blood and bone, while I, formed of ancient metal and fire and the power of druids, can never be fully unmade, not while the sun continues to shine and the earth continues to rotate.

Please excuse the lengthy introduction.  It was my first.

Melting, smelting, the softness beaten out of me, the warmth drowned in umpteen baths of vinegar-laced water.

I constantly rise from death to life; City sinks me into the stinking flesh of another life to create death before I am cremated and die once more.  I spin, faithfully, from one to the other, destroying all I encounter in my path.

I am haunted with the innumerable souls I have separated from their living flesh.  They writhe and moan, keeping me from sanity, driving me closer and closer to my own destruction.  Smith hammers in anger at my pliant body, forcing me to twist and turn into the next annihilating shape for which he has made extensive plans.

During the night, I am able to hear him from my perch high up, above the silent forge oven, above the quiet bellows, when all else sleeps in this drowsy closed-off village.  I hear his dreamy mutterings as his personal devils drive him recklessly onto the next task, onto the next kill.  The hoarse cries sink into my glinting carcass and agitate the souls I envelop.  The souls hear the plans and they grieve, but that is only the beginning of my torment.  From thence they beg, plead and cajole, as though I held any sway over my master’s will, for the hand that wields me will always be driven an insatiable thirst for death.

Today, I will be reborn.  From within me the entreaties grow louder and louder as the fire roars.  The bellows cough as they call and my master finally sings into me the strength he requires, croons lovingly of my beauty and purpose, my destiny.

I am stretched, thinner and thinner, between the two restless demands, my own purpose and will crushed to nothing.